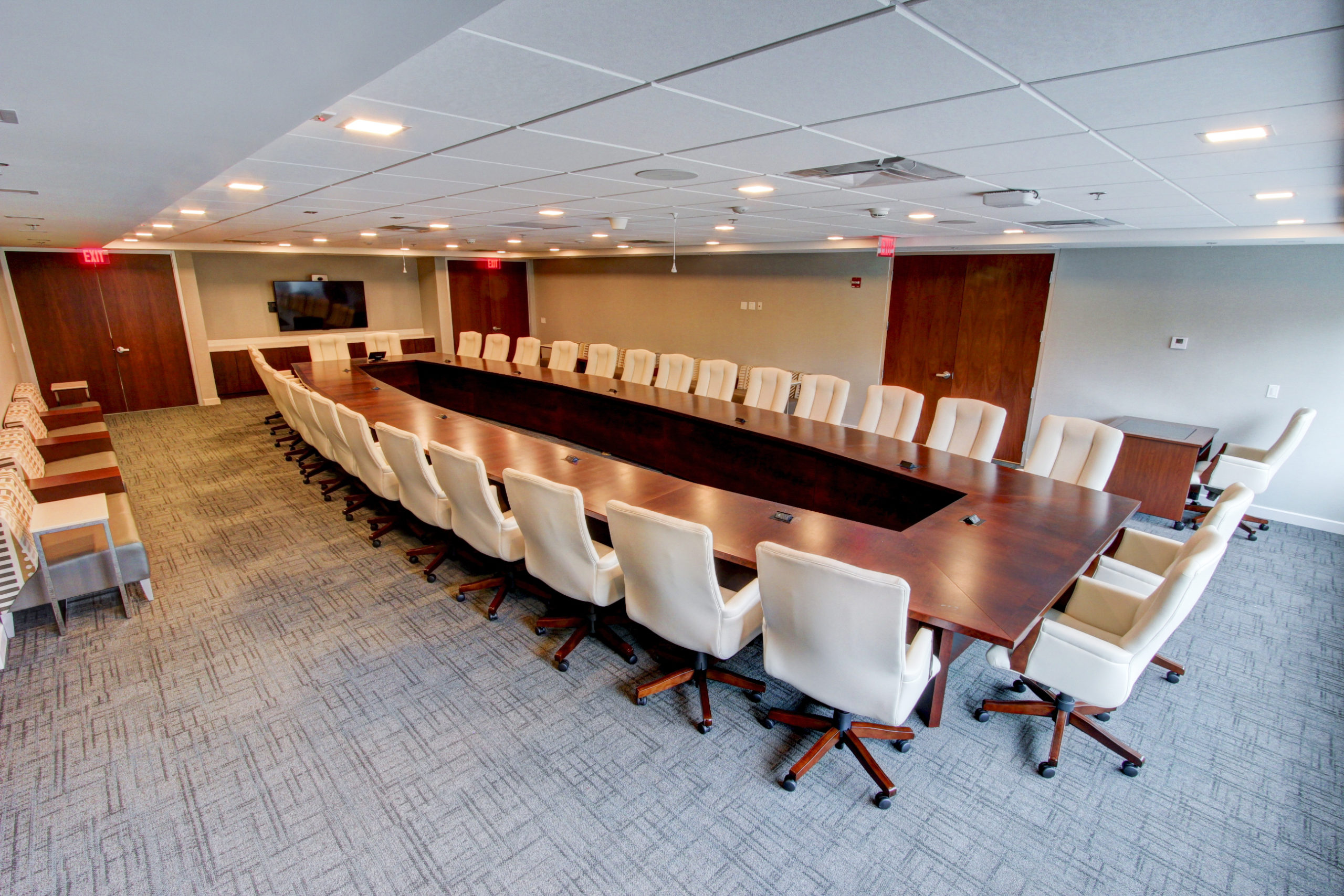 These Changes Will Affect How Companies Buy and Use Space.

Trends in office space size and configuration undoubtedly will affect office leasing and sales. What will the office of the future look like and how will it affect commercial real estate? To find out, the Commercial Investment Real Estate Institute asked Steelcase, a manufacturer of office equipment, to predict into the year 2000 and beyond. The company foresees fewer, more-flexible offices and an increase in shared space, allowing more amenities to be added.

1. Collaboration Is the New Work Model

Everybody has heard a story about an R&D company that started out as four people in the garage sitting around with folding chairs and tables. There was energy, a buzz. Something was happening. As the company grew bigger, it moved into larger, more-traditional office space. Employees ended up getting private offices with windows, but something happened — they lost the energy.

Essentially, every company reaches a point in its organizational maturity where it loses the original buzz. But when an R&D team goes into a space that similarly affects what it does, it will impact the output. Why not provide a space that is more collaborative and supports the need to balance both think time and team time?

Imagine an alternative work environment in which each team member has a smaller workstation, but all the workstations are put into a wagon train formation. Instead of having a conference room down the hall, the conference room is in the middle of the workstations. The team members are just close enough to overhear each other and they’re buzzing with project ideas in each station and in the middle space. When privacy is needed, the smaller workstation offers a door.

By applying some basic, simple knowledge about how people interact, space planning can restore that feeling of the entrepreneurial garage without sacrificing privacy. For instance, instead of everyone having an 8-by-9-foot workstation, what if they were designed as 8-by-8-foot stations? The saved 1-by-8-foot strips could be put together to create a pint-sized enclave with a door with two pieces of lounge furniture, a table, a laptop connection, and a phone connection that is shared among five people.

That’s where team members go when they need time to look through notes, write notes, or do research on their laptop computers. To make private phone calls, employees move 20 feet out of their stations into this private space, shut the door, and call. That privacy doesn’t exist in the way buildings are built today. Employees moved out of offices into open plans, but they never got back the privacy that they lost.

People are beginning to accept the idea that employees don’t have to be at their desks with their heads down to actually be productive. Instead, today some employees are much less tied to their office space. For instance, computer repair representatives are in their offices very little. But when they are using their spaces, it’s critical that they be functional. If a repair rep has to crawl under the desk to plug in his laptop to get on the network, he’s going to be upset.

When these workers come into the office, they need a touchdown spot. There is a desk, but it’s more open and a lot smaller, upward from 5-by-6 feet. The activities it supports are e-mail, voice mail, and basic filing — touching down.

A shift in technologies has to happen, too: Laptops and cordless phones have disconnected the worker from having to be in one place all the time. Designing for the organization also must be rethought. If something is not within 10 to 15 feet of the employee looking for it, it’s not useful. Immediate files must be separated from long-term files.

As an extreme, for an alternative work environment really to work, it takes a management team to say, “This is what we will be doing and I’m going to lead by example. I’m going to move out of my office, put my files in central storage, keep my immediate files with me, and untether myself with technology.” If a company is not ready to do that, then its plan should be much more traditional. However, competitive pressures and rising real estate costs are forcing many to rethink how they provide space.

This line of thought addresses replanning buildings based on what people do. When employees come in during the day, the first thing they do is check e-mail and voice mail. After they’ve touched down, they might have a meeting. If it’s not confidential, they can have it in the open conference space. If it is confidential, they can use a private enclave.

Despite the fact that workers have smaller spaces, they have more activities to choose from. There is now space for a coffee bar, a library, a resource center, maybe a cafe, as well as all the little private rooms. A client in London actually made one whole wall of these pint-sized enclaves. Each room had a sofa, a desk, a chair, a laptop connection, and a phone connection.

7. Those in the Office Get the Biggest Space

In this country, 90 percent of real estate is allocated by title. A vice president gets X-amount, a salesperson gets Y-amount. In the future, this will shift the other way — the percentage of real estate that workers occupy actually will be based on how much time they spend in the building. An engineer working on a project who is there more than 60 percent of the day will get a bigger space than the president or salespeople who are there less time.

For example, an R&D facility was out of space. Management team members decided to give up their offices and move into smaller offices because they were physically only in the office 10 percent of the day. They gave up that space to the engineers who were working on a critical project for the team.

Some jobs are very tied to their spaces. For instance, an airlines reservation clerk is tied to the desk, answering the phone all day and often being measured on not interacting with other individuals. But computer companies also have groups of people who answer the phone all day long, taking questions from dealers, customers, and buyers. But after a caller describes a problem, the computer operators usually say, “Can you hold?” What they end up doing is talking to their neighbors across the hall: “Hey, Joe, have you ever heard of anybody messing up this file this way?” Interaction has to be taken into account in the way the space is built out.

Take a look at a traditional client — high-rise, center core, private offices all around the outside. Secretarial staff is in front of the private offices, open to clients and other people. The layout has 51 staff, 37 of them executives; 60 percent of the space is open and 40 percent is behind doors.

A lot of offices have kept two sides of this traditional floor plan and pulled out all the offices on the other two sides, allowing light to come in. They’ve used cubicles on the interior to get more people in. And they’ve shifted the amount of space behind doors to 17 percent.

The type of space being marketed is changing. Clients are looking for more flexibility, which translates into lower construction costs and lower tenant improvement costs. Forty percent of the space in private offices requires a lot of drywall. Going to fewer than 17 percent private offices cuts drywall by a third or a half.

10. When the Walls Can Talk, What Will They Say?

Eventually the shell of a building and its infrastructure will link together. The walls will have technology that talks to the furniture, which talks to the post and beam system and the floor. The floor will be underlayed with modular electrical, which the furniture plugs into, which also powers the lights. The walls will be personal property that define private areas but can be taken down and moved.